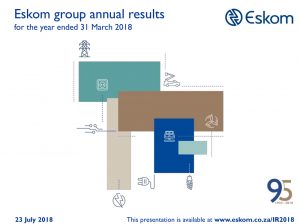 While the Energy Intensive User Group (EIUG) of Southern Africa is concerned about the state of finances at the public power utility (Eskom), Xolani Mbanga, CEO says that the group, which represents 40% of Eskom’s energy users, welcomes the transparency Eskom’s Board and management has shown in laying bare Eskom’s financial condition and system outlook.

The EIUG welcomes the action taken by Eskom to deal with corruption both within its ranks and from suppliers and service providers. The EIUG also supports the work being done by Eskom and its shareholder in reviewing Eskom’s business model and future structure to position Eskom to adapt to a rapidly changing environment. This work should also include a review of Eskom’s labour productivity.

Says Mbanga, “The EIUG is concerned that security of supply may be threatened by Eskom’s financial crisis. The EIUG has for a while been warning against the eventuality of a utility death spiral: higher tariffs, lack of policy visibility and stability, leading to sales reduction and consequent revenue decline.”

The EIUG has also previously called on the Department of Energy to release the latest version of the Integrated Resource Plan (IRP), which will provide Eskom with the necessary policy direction to enable the finalisation of its strategic plans. Mbanga says “We reiterate the criticality of uncertainties that the lack of an IRP causes in investment decision making in this country; energy is our lifeblood and Eskom’s strategy needs to be aligned with these plans.”

The EIUG will be engaging with Eskom to understand how the declared irregular expenditure of R19.6bn will be dealt with in the MYPD4 process. The EIUG also intends to contribute to the discussions around Eskom’s future structure and the timeous implementation of decisions.